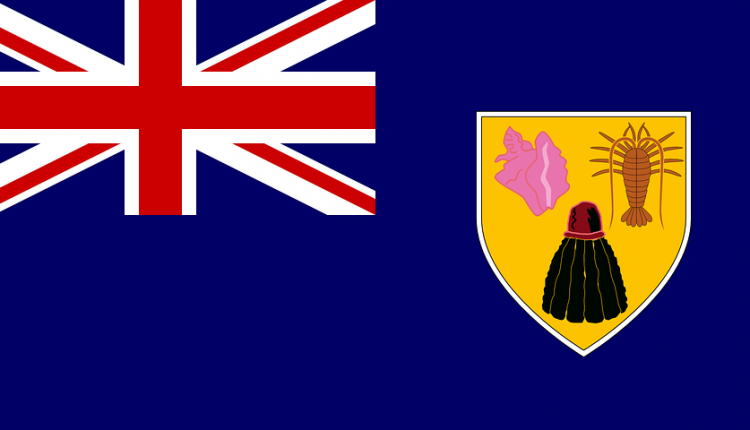 The Turks and Caicos Islands

Among the 40 islands which are the part of Turks and Caicos Islands, there are only 8 which are inhabited and massively visited. These are Grand Turk, East Caicos, Middle Caicos, North Caicos, Salt Cay, South Caicos, West Caicos and Providenciales. First inhabitants of the Turks and Caicos Islands were Taino and Lucayan Indians, for seven hundred years. Then came the Bermudians to rake the salt because the terrain of the islands was perfect for that industry. After Bermudians, the islands were occupied by French and Spanish. In 1874, TCI became the part of the British Crown Colony of Jamaica and still is the part of it.

This is the capital island in the Turks and Caicos archipelago and a very popular world-class cruise centre. Its surface is the 18 square kilometres. The capital of the island is Cockburn Town. According to the Christopher Columbus diaries and it’s descriptions, it is believed that Grand Turk is the landfall island of Columbus expedition in 1492. That gives the island special and unique significance in the world of tourism.

Grand Turk island is the most popular choice for vacation for the scuba divers. It is known within the last few years as the world-renowned diving location.Why is that so? Well, the best diving sites are only a few minutes away from the shore and the underground world is spectacular. There is a coral reef that is protected by the state with amazing water nature. For the history lovers, there are several locations for visit, The Grand Turk Lighthouse, Turks and Caicos National Museum, and old Her Majesty’s Prison. Also, there is a whole town which alleys and street spread the air of the past, back in time when the Caribbean rule the island. That is the capital, historical city, Cockburn Town, built-in the British-Bermudian colonial architecture style.

White sand, calm and turquoise water and shallow beaches attract hundreds of thousands of tourists every year in search for both adventurous and peaceful vacation.

East Caicos is the second largest island in the archipelago(32 square miles) and is uninhabited for the last hundred years. The remainings of the previous population on this island are the remainings of the Jacksonville town, old railroad, drawings in the walls of the caves and Taino Indians’ petroglyphs.

On the northern and eastern part, there is a 17-mile long beach which is used by sea turtles to lay their eggs. Rest of the island surface is covered by swamps and mangroves. Mother Nature played very roughly when she was making this island, so you can see several cave systems and black holes, more than on the other islands. These are wonders of nature. Even though it is a great place for exploration, especially for those who are adventurous, it is highly recommended to go on a trip with an experienced tour guide and take with yourself some anti-mosquito equipment because there are a lot of them on the East Caicos.

This island is the biggest island with its 48 square miles. But together with the North Caicos, a number of their population is less than two thousand people. There are three cities on the island, Bambarra, Conch Bar and Lorimers. Almost half of the island is covered by swamps and tidal flats but there are a plenty of secluded beaches for the adventurous tourists. Also, for that type of tourists, there are several sites to visit such as the largest cave network in the Bahamian Archipelago, located at the Conch Bar and a blue hole is known as Cottage Pond.

Cottage Pond blue hole is created by the geological process Kaarst process. It is very likely the widest blue hole in the world with the width of 31 kilometres and 75 meters depth. Necessarily, you must stop by and see the wonders of limestone Indian Cave which is also created by the Karst process. It is protected by the state. Lovers of the archaeology can visit remains of the Lucayan Indian settlements excavated in 1978.

North Caicos is an island with territory surface of 45 square miles and population of 1312 people. It is connected with Middle Caicos and both they have less than 3 thousand people. They are popularly called “twin islands”. North Caicos is lusher and greener than the Middle.  While spending time on this island, tourists can enjoy the most beautiful wonders of nature in this country, caves, blue holes, spectacular sea views, limestone cliffs.

For the lovers of national cuisine, this is the right place for trying new meals. Some of the finest restaurants visitors can find in the settlements of Bottle Creek Village, Whitby, Kew and Sandy Point. And what else can you do here? There are several activities that provide the true vibe of the island such as tours and excursions in searching for blue whales, cruising around the islands, scuba diving and snorkelling, a day trip between the twin islands and enjoying the magic of the beautiful coastline. Specificity for this island is that it is home to the colonies of pink flamingo, especially at Cottage Pond, Flamingo Pond and Mud Hole Pond.

Are you in search of white sandy beaches that you can have only for yourself? Searching for peace and quiet? Stop searching, you found that place. You have it all in Salt Cay but only if you are an adventurous type of tourist. On the surface of only 2,6 square miles, there are only three small fish restaurants and only 100 people live there. There are no tourist crowds, car noise and luxury hotels. That’s why it is so attractive island for visit.

For those who are staying on some other island, a day trip with a boat is a great way to discover this paradise and enjoy the whole day on its secluded beaches.

History of the Salt Cay, as the name says for itself, is marked with sea salt industry. Salt was exported to the other countries by Bermudians who built their first settlements on the islands of Turks and Caicos. Salt industry on this island was in progress for 250 years but in 1950 it has stopped. Now, there are remaining of it on the island such as gates, channels, windmill pumps so the island has become a historical site. That is very attractive for the tourists. Although the island has stuck in past, that is its best touristic value. You cannot miss whale watching while you are there!

This island is popularly called The Big South and its surface is 8,5 square mile which makes it the 7th largest island in the Turks and Caicos islands. One thousand people live here which makes this island peaceful and none crowded. It is a little bit isolated from the other islands.

The fishing industry is the main one here. That’s why fresh seafood is served in every restaurant and accommodation on the island. The fish is exported internationally.

Tourist can sense the old Caribbean way of life in the small harbour town called Cockburn Harbor. At some time in the past, Cockburn Harbor was the main seaport for pirates and royalty. Queen Elizabeth stayed on the island in 1966, in the Commissioner’s House from the 18th century that still stands in the town. Other houses are built in classic Bermudian architectural design. The breeze of the past splash the tourists who walk among the houses in the town’s narrow streets.

So, what activities are best for spending time here? Exploring the town, visit the abandoned salt salinas, or enjoying the miles of untouched white beaches. Also, you can visit abandoned buildings of US Coast Guard LORAN station on the north end of the island. That settlement was part of the low-frequency radio signal navigation system in 1959. But it is not an official tourist attraction because of the risk of the collapse of concrete, so you need to be careful when you visit it.

The Earth paradise. The Caribbean jewel in the Atlantic Ocean. Island is commonly known as “Provo”. It is now the centre of tourism development in Turks and Caicos, although it was home to only 3 fishing villages until 1980.

From fishing villages 37 years ago to the luxury resorts and accommodations, this island passed through dramatic change. Today, island have its own international airport, several luxurious hotels, villas and condos, spa centres, shopping centres, high ranked restaurants and the possibility of numerous activities for visitors. Today population of the Providenciales is near 30 thousand.

Three oldest settlements on the island that look like Carribean villages are The Bight,  Blue Hills and Five Cays. These settlements are mostly fisherman’s community. The main tourist district is the Grace Bay, the most popular and most beautiful beach in this area. Trip Advisor ranked Grace as the 2nd best beach in the world.  There is a barrier reef 1,6km from the shore that protects the beach from the ocean’s swells. Grace is situated at the northeastern side of the island. There you can find everything you need: shops, great food, relaxation centres, banks, high-quality accommodations, golf clubs, swimming pools. The most of the sports activity are available in the Grace Bay. Another popular residential area of Provo is Chalk Sound near the homonymous national park. Chalk Sound consists of many private mansions and houses that have a view of the open ocean and on the other side, on the stunning turquoise water in the lagoon.

Everyone should take a boat cruise to the Caicos Cays and enjoy the beauty of the coastline and clean water, snorkel the reefs and meet the magnificent aquatic underwater life, parasail above the island, or go scuba diving.

West Caicos is now the ghost island. It is uninhabited for the last century, but at some point in the past, the island was one of the homes of the salt industry with its several natural shallow saltwater ponds. Also, it was a temporary dock for pirates. In the late 1800s and early 1900s, 1500 acres of the agave type plant called sisal were planted on the island. That plant produced strong fibres. There was a company West Caicos Fibre Company. Since the country’s industry switched to the usage of the synthetic fibres and ropes, after 20 years all plantations were abandoned. Today, the only memory of that period in history are remainings of the small settlement Yankee Town.

In 2006 was started a project of building luxury resorts, villas and marine, called the Ritz-Carlton Molasses Reef project.  It was never finished because the main financial backer collapsed. Unfinished objects are located at the north end of the island.

Visiting this island is not so accessible as other islands. There are no regular boat and ferry cruises, only private vessels are willing to land to the ground. You should arrange a custom charter with some private cruise operators but that day trip will be expensive. The thing you can see is the underwater world around the island which is protected by the state. It is West Caicos Marine National Park. It spreads on the 397 hectares. Touching and removal of any objects(natural and historical) founded there is strictly forbidden and illegal.