The Turks and Caicos Islands aren’t just paradise for the relaxation and for enjoying the turquoise sparkling sea water. Islands are the great choice for the adventurous travellers, too. There is a lot to discover on the surface of the islands and under the surface, in the sea world.

This site is the remarkable part of island’s history. It is located on the island of Providenciales, on the hilltop near the downtown. It was believed that the Turks and Caicos had made the best cotton in the world so, this plantation is very significant to the country. With a good tour guide, you can imagine the life here during the late 1700’s by seeing all of the ruins.

Salt Cay island is the place where is located the biggest evidence of past production of the sea salt and these ruins are the first one that had been organised when the sea salt production has begun. Over the time, this part of industry became the leading one for the country. These remainings of the salt industry are the best preserved on the whole Turks and Caicos islands. There is a lot of sluice gates to be seen and also a lot of low walls and inlets. Most impressive inlets are the one near the Deane’s Dock. Visitors are free to visit salinas without an entry fee.

Yankee Town is located on the West Caicos island and is established by the West Caicos Sisal Company in 1891 for the cotton and sisal production. Extracted fibre from the sisal planting was exported to other countries for the production of rope. The site was functioning for a just one decade in the late 19th century. There are stone ruins of seven buildings of the settlement Yankee Town. There are machinery, cisterns, wells and railroads. During the walk through the West Caicos, visitors can see the old rustic Crossley kerosene engine, the Burell Traction Engine, old small gauge railroad built across the central Lake Catherine. It is very important to stay careful when you visit this part of the island because there is chance of ruins collapsing or chance to get some injuries while you hiking around the remainings of the town. The best way is to deal with some experience outdoor guide.

Turks and Caicos National Museum was built in 1991 in the Guinep House, in Cockburn Town, on the Grand Turk island. It is the country’s only museum, a non-profit institution, situated in one of the oldest buildings on the island. Thanks to the Norweigan national, Mrs Grethe Seim, who thought that enough wasn’t being done for the preservation of the islands’ history, this museum was established. Molasses Reef Wreck is the centre exhibition in the museum – excavated European shipwreck, 1500s caravel. There is also an authentic Lucayan duho (lounger-seat) and Spanish coins from the 1600s.

If you are looking for the souvenirs, there is the best gift shop inside. You can buy books, too. Entry fee for the museum is 10$ per person, but for the cruise, visitors is only 5$.

Top of the hill is definitely worth hiking. Although vandalism and theft had left very little from the original carvings, it is a satisfaction to see the remainings of it on the Sapodilla Bay Hill, on the south coast of the Providenciales island.

Shipwrecked sailors, a long time ago, in the 18th century, carved their names on the rock while they were waiting for their help ships. From the top of the hill, travellers could see the Sapodilla Bay Beach, Chalk Sound and South Dock – main seaport for the freight in the Turks and Caicos. This historical site is protected by the country.

This colonial prison is located on the Grand Turk island and was built in the 1830s. It was functional until 1994 and at that time it could receive 50-60 prisoners since it was expanded several times. During their time in prison, prisoners were working, both men and women. When the hurricane was approaching to the island, they were released to their families so they can take care of them until the storm passed. Hurricane in 1866 destroyed 871 homes and also, the roof of the prison and some stone walls. The prison has the Bell Tower that rang 5 times a day, in the early morning for the start of the working day and in the sunset to mark the end of the working day. Entry fee for the prison is 7$.

It is the main historical attraction on the Grand Turk and is the only one of its kind in the country. Lighthouse was established in 1852, designed by the Alexander Gordon but prefabricated in the England. US shipping firms insisted that lighthouse is built because the number of the shipwrecked boats were increasing during the middle of the 19th century.

The tower is 18 metres high, 33 metres above the sea level. Its’ light visibility was 24km. Although it is not functioning anymore, the visitors still can see the old light- keeper’s house and a small snack shop inside it, for a small admission charge.

An hour boat ride from the Salt Cay, the diving lovers can see a real treasure. Two sunk ships, the HMS Endymion, sunk in 1790, and the General Pershing, sunk in 1921. Endymion is the British fifth-rate 44 gun warship went down near Salt Cay. The ship struck the reef and sank but all of the people survived. Because of that, the site of the shipwreck is famously called  Endymion Rock. Divers should go 12.5 metres into the depth to see it.

On the very same rock, after 131 years sunk another ship – General Pershing, a five-masted schooner with a very early diesel engine. Surrounding area of these shipwrecked historical sites is protected by the country and it is illegal to take anything from the seabed.

Wade’s Green plantation is located near the Kew town in North Caicos. It started to grow cotton in 1798 when the British Loyalist Wade Stubbs established the plantation. On the whole Carribean, you can’t find this well-preserved loyalist cotton plantation. Today, it is managed by the Turks and Caicos National Trust and is typically opened on weekdays. Entry fee and a half an hour tour are $10 per person.

African slavery had worked in this plantation, as well as in the other ones because it was legal then. Most of the came from America with British Loyalists. Stubbs was the most successful planter in the history of Turks and Caicos. He owned more than 8000 acres of the Turks and Caicos islands and 384 slaves. But this good time of the cotton industry came to the end in 1820 because of the salt degradation and changes in the world trade market.

Today, when you visit these ruins, make sure you bring with yourself an insect repellent and long sleeves because of the mosquitoes.

US military bases can be found in the several locations on the TCI. One of them is on the Grand Turk island and is known as the North base, founded in 1954 for the Sound Surveillance System (SOSUS). The main purpose of it was listening and tracking the Soviet submarines. It was functioning until 1979 when it was decommissioned.

During the „Cuban Missile Crisis“, this base had a significant role. Communications unit was tracking all the outgoing communications from the U.S. Guantanamo Bay base. The complex of the base consisted of several buildings – barracks, a huge six-acre concrete rainwater catchment area, water storage tanks and communication systems. You can enter in the water catchment area to see abandoned buildings by following the cliff path from the lighthouse. 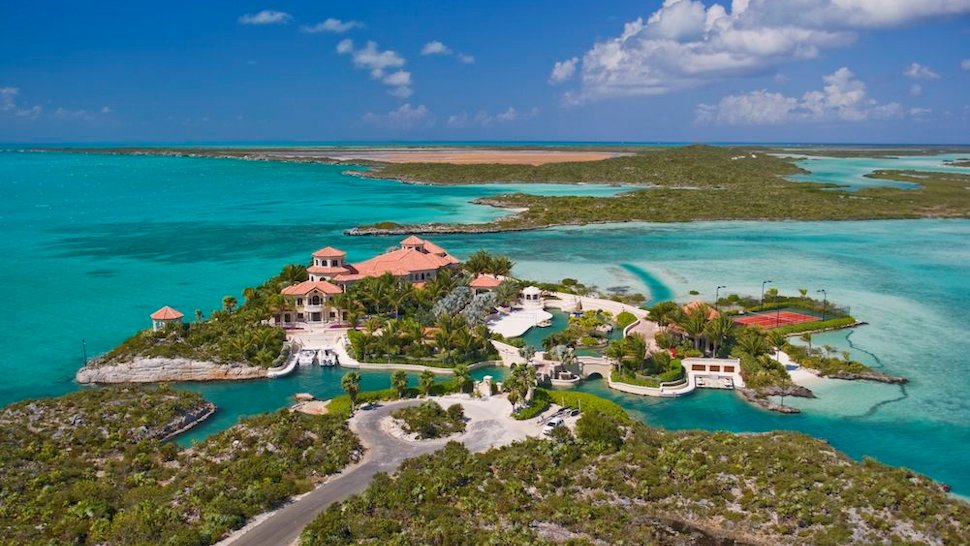 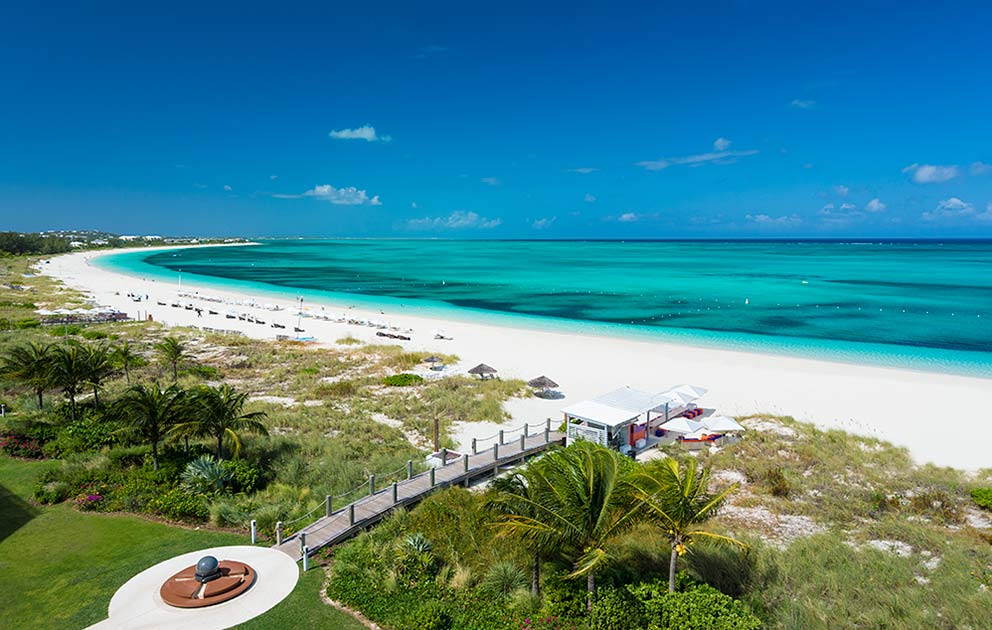 Turks and Caicos hold the proverbial candle of all the Caribbean vacationdestinations you could choose from in 2022. So if you have been daydreamingabout spending

Diving is the top attraction in the Turks and Caicos Islands. Although only 8 of 40 islands is inhabited, it is, for surely, enough for 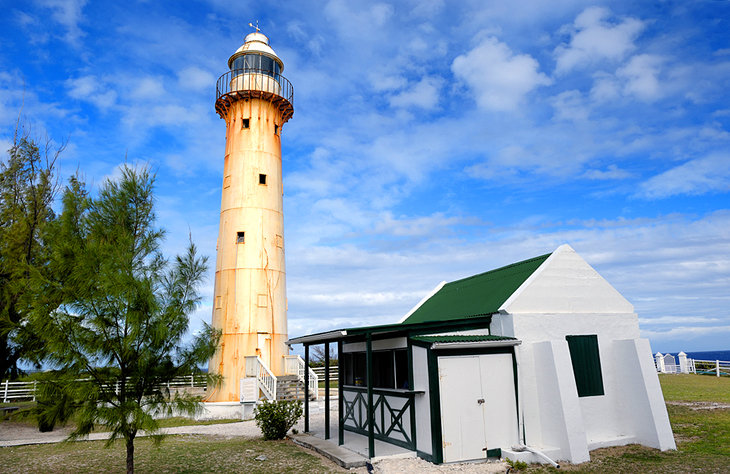 The Turks and Caicos Islands aren’t just paradise for the relaxation and for enjoying the turquoise sparkling sea water. Islands are the great choice for